I knew who I wanted to become when I was in elementary school, even though I didn't have a computer before University. In the 8th grade, two of my friends and I spent our days and evenings in the computer classroom. Even then, we took part in programming contests, created various games, and developed systems for testing knowledge.

At University, we were still passionate about competitive programming, participating in various international competitions such as ACM and Topcoder. That’s when classical competitive programming took a backseat, and I became more interested in different kinds of competitions, for example, in those where there isn’t a clear statement of the problem. Even now, I still participate in such events organized by IT companies once a year.

My career started with the development of an ERP-system in C++. Over time, I wanted to write less code, so I switched to Java, then tried Node.JS, and then switched to Go for the same reason. Now I'm writing in Java again.

In terms of code, I'm a perfectionist, but at the same time, I realize that business requirements take precedence over ideal code. Therefore, it is very important to keep this balance when working on real projects. Today, the main criterion for success is TTM or "time to market," which is the time from the beginning of product development to its release to the market.

As a developer, I need to deliver the right functionality as quickly as possible. That’s why I like to work with technologies where a lot of solutions are ready "out of the box," well-tested, and proven. 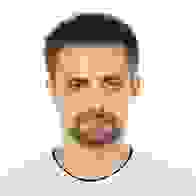 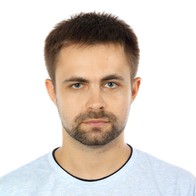 On a project, we work on customization to suit the requirements of a customer. Google Cloud Platform is a great example of such technology. There are not only ready-made solutions for typical tasks but also there is the opportunity to move to low-level programming.

In general, this allows programmers to avoid writing a bunch of code but at the same time enables us to get the best result for a customer. So, as a software developer, I focus more on business problems than technical ones.

If you ask me whether it was difficult to learn GCP, then I'd say that for a person who loves lifelong learning — it wasn't. I already had experience with various Amazon Web Services (AWS Cloud engineering), so first, you look at similar services in Google Cloud Platform (GCP) comparing them, finding similarities and differences, and then you learn more unique services.

GCP is a suite of Cloud Computing services offered by Google. It means that there is a customer support service that solves most of the technical problems. This allows you to avoid reinventing the wheel again and again but instead allows you to focus on the customer’s problem.

In my first project, we worked on a proof of concept, specifically on the development of function as a Service based on Vert.x technology. Now I am working on an internal project related to the certification of EPAM employees. We develop it on GCP primarily using managed services, which in turn allows us to reduce the costs of deployment and system support and spend more time writing high-quality code rather than wasting it on infrastructure around it.

It is important to be certified, not only for specialists but also for clients who choose a vendor for the project. For the certification event in Kyiv which EPAM organized in collaboration with Google, I committed myself to make the most of it: to pass six exams (50 questions and two hours for each exam).

As a result, I passed five: two on the first day and three on the second (Associate, Architect, Security Engineer, Cloud Developer, and Network Engineer). And I still have the 6th exam in Data Engineering, which I didn’t pass on the first attempt, but I’m happy with the result and plan to pass it during the next wave.

I recommend getting yourself some domain name and use it on GCP to practice in Console with unlimited functionality. For preparation, I used the appropriate courses on Coursera (was taking notes, which helped to memorize everything faster), passed practical tests both from Google itself and from Linux Academy.

I also read the documentation, especially in various best practices and limits. Many exam questions precisely reproduce some parts described there. Preparation for the exams took about two weeks, but it is better to allocate at least two months for intensive study to feel confident during the exams. 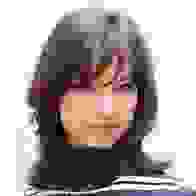 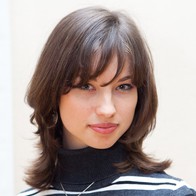 In this post, a Lead Software Engineer at EPAM Anywhere sorts out a 'functional programming vs object-oriented programming' narrative that flourishes in the software development community.